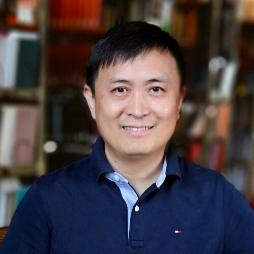 Dongsheng Liu learned polymer sciences in University of Science and Technology of China and graduated with a B.S. degree in 1993. He then worked as a research associate in the Institute of Chemistry, CAS for six years and earned his Master degree on polymer chemistry in 1999. From 1999 to 2002, he finished his Ph.D study on the self-templated DNA circularization in the Hong Kong Polytechnic University under the supervision of Professor Albert S. C. Chan. In 2003, he joined the Chemistry Department of Cambridge University as a postdoc research associate, worked on DNA nanotechnology with Professor Shankar Balasubramanian. In 2005, he joined the National Centre for NanoScience and Technology, China as a principle investigator and in June 2009, he moved to the Department of Chemistry, Tsinghua University as a full professor. He was awarded the 1st “CCS-RSC Young Chemist Award” in 2008, the 7th CCS-BASF Youth Innovation Prize in 2014. Dongsheng was invited as FRSC in 2011, became “Changjiang” Chair Professor in 2015 and Fellow of CCS in 2019. His research mainly focuses on the assembly of DNA and its hybrids.